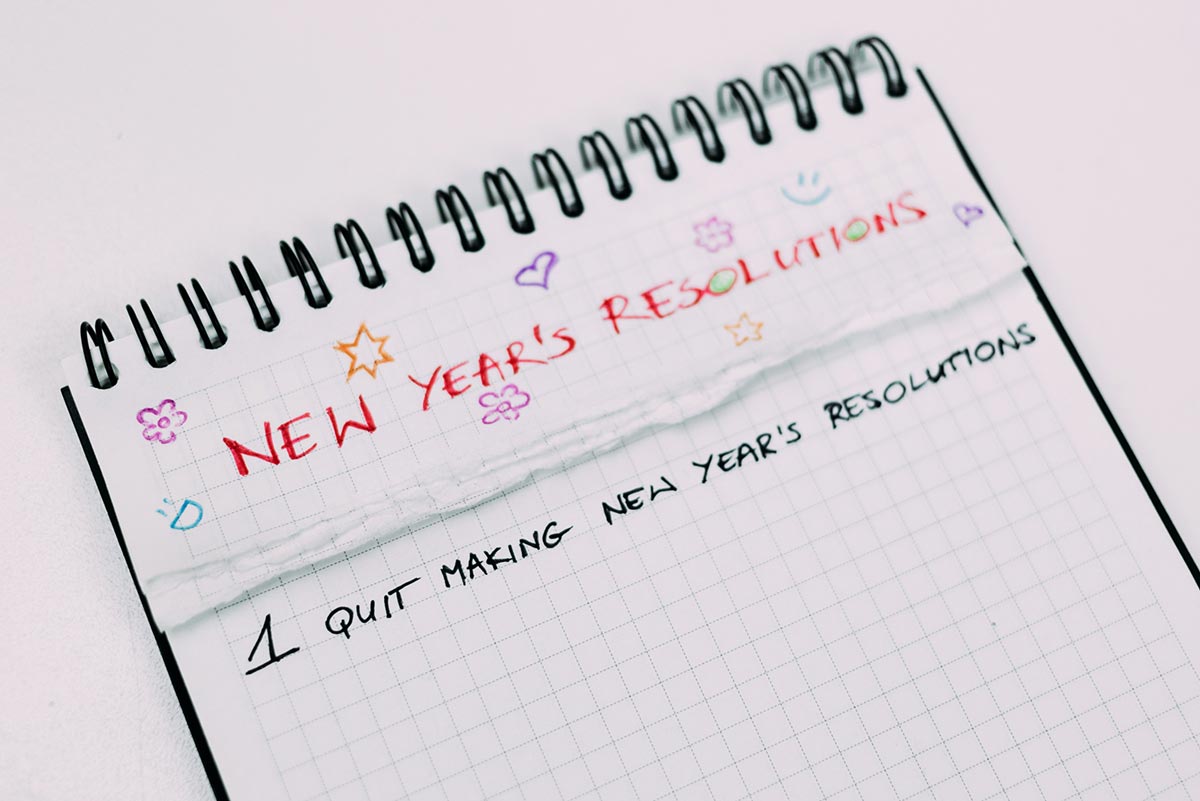 Research shows that the second Friday of January is the average day by which New Year’s resolution motivation skids to a halt. That day is termed Quitter’s Day.

Wow. The term ‘quitter’ is aggressive. Although it may technically describe what’s happening, the stopping of a behavior, that word summons negativity like a plague summons death.

Perhaps it’s time for another perspective?

Although I appreciate the tradition and sentiment behind New Year’s resolutions, why does the flip of the calendar call us to make a change? Why do people determine New Year’s resolutions weeks or even months in advance and decide to enact them on January 1st? Why don’t we take steps toward our best life the exact moment we realize how to take them? The answer is that if we’re willing to put living our best life off until a certain day on the calendar, then odds are great that we aren’t actually ready to commit to real change in our lives.

But who says a New Year’s resolution can’t be resuscitated? There’s no law against returning to that goal of yours, now lying lifeless on the curb of your life, and recommitting to the power of its realization. Your best life is worth a little CPR, in fact it’s worth a lot of CPR. Whether your abandoned New Year’s resolution was centered on mental, spiritual, or physical growth doesn’t matter. What matters is that you identified an area of your life that could be improved, and you decided you’re starting the new decade striving for the best version of yourself. Who cares that it’s not January 1st? Why isn’t today just as good of a time to commit to your best life as you thought January 1st was just a few weeks ago?

Don’t overload your system with too much change at once, though. Absolutely it’s realistic to eat healthier by eating less fast food each week. However, it’s not realistic to go from zero to eighty in one day. Saying you plan to minimize fast food to one time a week is much different and more obtainable than saying you’re, in one single day, going to steer clear of all fast food, exercise for an hour a day, quit smoking, and get to bed by 9 pm. That’s like saying you know how to build a house of playing cards, so you’re more than capable of drafting and creating your two-story, four-bedroom dream home without any learning curve. This is not likely.

Since it’s often the case that people pursue too much change at once and overload their system, consider embracing MindTool’s perspective of how people who truly what to reach their goals can achieve the change they seek. Their perspective is summed up with their Five Golden Rules for setting goals:

Nowhere in the Five Golden Rules does it say to wait until January 1st to start setting and achieving goals. Stop beating yourself up for New Year’s resolutions that evaporated much sooner than they initially appeared. Hit the refresh button, and try again.

Life is messy. Children get sick. Work is demanding. Housework is never-ending. But you’re worth re-committing to and the beauty of change in your own life is that you call the shots. The moment you commit to living a better life, in whatever way that means to you, that’s exactly what you can and should do.

If Quitter’s Day represents the beginning of an end to New Year’s resolutions, I say good riddance. I’d rather have an Everyday Resolution, an intent to do and be better that has no predetermined start date or predetermined length of time to achieve it. There may be one Quitter’s Day every year, but I’d like to think there are 365 ReCommit Days.

Every single day, we wake up with a choice: Do better than yesterday or stay the same. The choice is yours to make.